LIDO VILLA OLMO - The Riviera of the Comaschi

Lido Villa Olmo is a historic bathing establishment known as the "Riviera dei Comaschi", owned by the city of Como, whose origins date back to the 1930s, within the natural context of the park of Villa Olmo, on the old road that connected the city of Como to the western shore of the lake, where already in the prints of 1800 were seen people intent on spending pleasant moments of relaxation and fun in company by the lake. 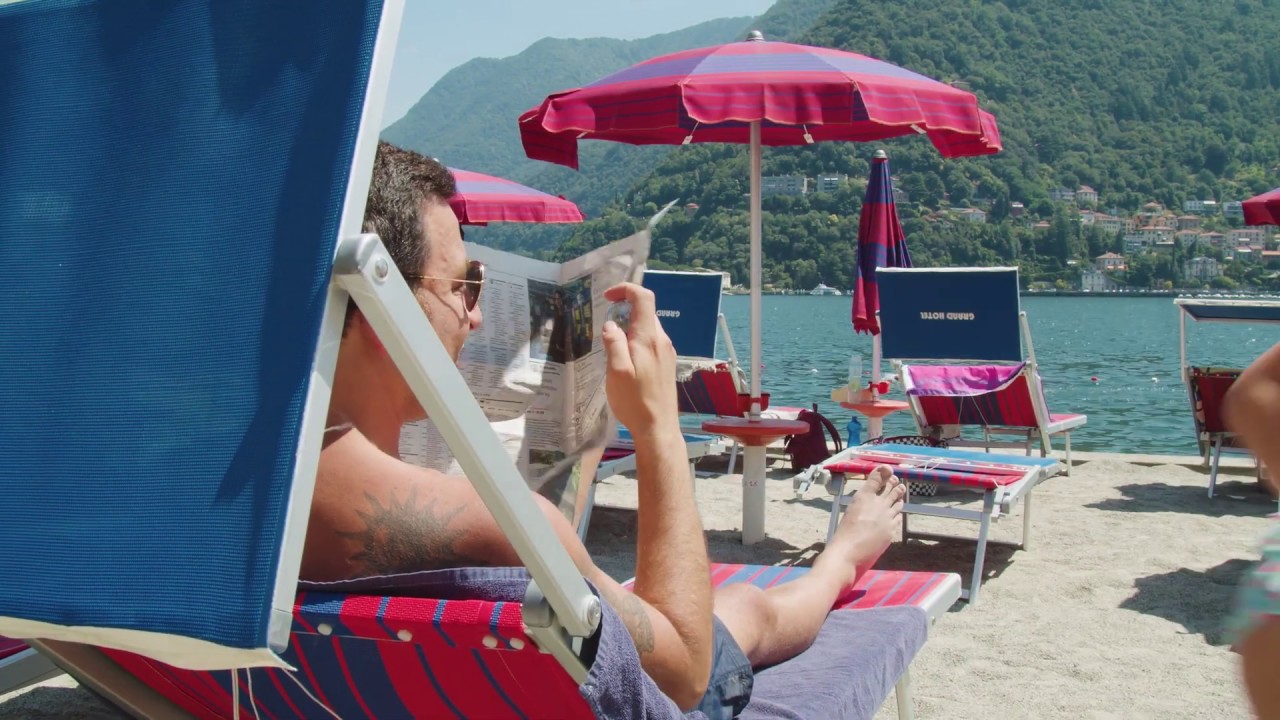 History and origins - The past of Lido Villa Olmo

On the occasion of the Voltiana Exhibition of 1927, commemorating the centenary of Alessandro Volta’s death, the area on which now lies the Lido Villa Olmo was transformed into a cozy refreshment point and built a retaining wall to the lake that is still defined today as "coastline profile". In the 1930s, the municipality created the changing rooms and rearranged the spaces of the adjacent park of Villa Olmo thus giving life to the structure and spaces of the original Lido Villa Olmo.

After 30 and 40 years, in the 60s and 70s, the plant changed its physical conformation and its boundaries including a restaurant and two swimming pools, built for the Games Without Borders and these have solved the great problem of bathing in the lake endangered by water pollution. These are the main moments of a long history that has led the beach to be, even today, a privileged meeting point for all those who live and visit the Como Riviera, despite the difficulties encountered over the years.

The management of Lido Villa Olmo

The management of Lido Villa Olmo has alternated over the years seeing several persons as protagonists of the scene. The Front of the Family, Catholic institution of the curia of the city of Como, left in 1980 the management of the establishment, after about 20 years, leaving behind the culmination of a situation of great environmental and moral degradation began in 1973.

Giorgio Porta and Maurizio Locatelli, in the summer of 1981, took over the management of the bathing establishment, for which they had already worked as young students. The tough situation of previous years, however, does not grant better moments. The progressive and complicated work of redevelopment of the structure was compromised by the flooding of Lake Como, caused by the Valtellina flood of July 1987, which submerged part of the structure under 1.70 meters of lake water. The lake has returned to its banks in early August, bringing with it the whole beach and bringing back the equipment now irreparably damaged. Despite the complexity, thanks to the courage and the commitment of the two managers, Giorgio and Maurizio, and the belief that they could give back to the city and tourists their Lido, they never lost their heart, thus succeeding in the achievement of putting back the Lido Villa Olmo fully operational in a short time. The constant commitment and work of this management has reached, after 20 years, a very important goal for tourists and for the people of Como: the return of bathing in the waters of the lake in front of the Lido.

The present and the future of Lido Villa Olmo

After two years of closing down, from the summer of 2017 to May 2019 for bureaucratic problems related to the establishment contract with the City of Como, owner of the structure, the historic management returns victorious and in record time manages to reopen the Lido of Villa Olmo remained in complete neglect.

In June 2019, with great enthusiasm we set off to give the city, its inhabitants and its great amount of tourists a piece of paradise. Lido Villa Olmo is today a cozy and organized beach, able to offer a peaceful and relaxing environment, much appreciated by the many tourists who frequent it, a healthy point of recovery for young and old.

What can you do in Lido Villa Olmo?

Lido Villa Olmo, open every day from May to September, offers the possibility to rent sunbeds, deck chairs and beach umbrellas, reserve the private area with the whirlpool, attend two swimming pools, participate in swimming classes and enjoy the bar service. In addition, it is the ideal place for a sports swim, for body care, for an aperitif by the lake, for the presentation of products and education, to find friends, as well as being the perfect setting for fashion events, prestigious events, commercials, nautical events, parties and meetings.